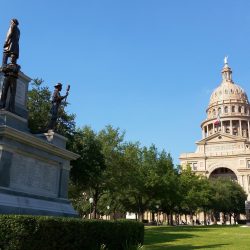 Austin is a long way from San Francisco. Not just in terms of distance, but there’s also a considerable gap between the two cities when it comes to the weather, culture, and taxes. In light of this, moving to a new home in Austin can be quite daunting, especially when you have little to no idea about the place you’re moving into. Don’t worry, though. You’ll be at ease when you get to know more about Austin at the end of this article.

Here are seven essential things about Austin when moving from California to Texas.

To start on a good note, living in Austin is way more affordable. Thanks to San Francisco’s booming tech industry and small footprint, the city is extremely expensive.

Even though you might save, it’s not the time to celebrate yet. Expect a lower salary in Austin when compared to San Francisco. Home utilities such as air-conditioning and electricity are more expensive to maintain because of the city’s scorching summers. Plus, Austin’s cost of living has been growing in tandem with its tech sector in recent years.

Another one of your concerns when moving to Austin might be the notorious Texas weather. It’s as hot as it gets. Coming from a moderate climate like San Francisco, you might find the scorching Texas temps unbearable at times. The average highs in both July and August reach 96 degrees, but it’s not unusual to experience weeks of triple-digit heat.

Thankfully, most businesses have the AC cranked up and blasting during the hot months, and there are plenty of ways to beat the heat. Go for a dip in the 68-degree Barton Springs Pool, chill out with ice cream from Amy’s, or grab a cold marg at the local’s favorite, Trudy’s.

3. A Quick Guide to the Neighborhoods

To help you familiarize the place, here’s a rough idea of what the communities are like:

This is a major con to living in Austin, as most Californians like to say. The nearest beach along the Gulf of Mexico is a long three-hour drive from the city. But this doesn’t mean that you can’t enjoy a good swim. If you’re looking to relieve your need for a refreshing splash, you can always visit West Lake Beach along the shores of Lake Austin or one of the city’s many public pools and splash pads.

Nicknamed the ‘Live Music Capital of the World,’ Austin is a paradise for music enthusiasts. Almost anywhere in the city, you will find live performances of music from any genre. On top of that, the city holds several of the biggest music festivals in the country, omc;idomg:

In Austin, you can either drown in heart-wrenching melodies or unleash the inner rebel within you through music. The choice is yours.

Yep, the rumors that you’ve heard are all true. Austin’s traffic stinks big time. The best way to counter this is to drive to work early then go home late at night when traffic is thin. Fighting for space during rush hour will truly test your patience. And if you’re heading to an important meeting, it’s a good idea to leave 30 minutes earlier to account for the heavy traffic.

If you’re from Cali, you’re obviously expecting to have a taste of the infamous Franklin’s BBQ. But there’s one problem: you will have to line up for hours before you get to order. If you can’t bear to wait that long, eat your fill of brisket at La Barbeque or Mickelethwaith instead. Austin’s dotted with many restaurants that serve savory barbeque. You just need to explore!

All in all, Austin is a fantastic place. Perhaps the best in the country. San Francisco’s not that bad either, but there’s just a certain charm to Austin that makes people want to live there. Welcome to Texas! 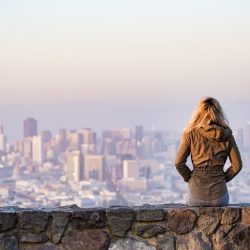 There are times when you have to simply take a chance by picking a city and hoping that you can get your career off to a good start there. It’s best to make that choice carefully. After all, it could have an enormous impact on the entire course of your life. There are a lot of options that deserve consideration, but many people find that San Francisco is one of the best because it has so much to offer to young professionals.

You might be willing to toil in misery for a few years to get your career started, but it’s much better to do it in a pleasant environment. Research has found that San Francisco is one of the happiest cities for people who are just starting their careers. It ranked second for overall happiness, but it came in first regarding satisfaction with coworkers and employers.

That type of satisfaction makes it easy to build bonds with your team. That can pay dividends down the line since networking is often the best way to get new opportunities. A happy workplace is also a productive workplace, so it makes it easier for you to complete projects and build a promising portfolio.

You need to find a job to start your career, and San Francisco is a good place to do it. The average unemployment rate in the United States is slightly over four percent, while the rate in San Francisco fluctuates between three and four percent. It isn’t a massive difference, but it does show that finding a job in San Francisco is somewhat easier than doing so in other places around the country.

You may want to build your career by starting your business. Location is everything for a new venture, and San Francisco has a lot to offer to encourage small businesses to grow. There are plenty of networking events that can help you build relationships and skills, while the local government provides some support programs. Your business isn’t guaranteed to succeed, but those programs can certainly increase the odds.

Technology is one of the fastest-growing parts of the world’s economy, and San Francisco, thanks to nearby Silicon Valley, is positioned to take advantage of it. People who work there have a chance to get experience with technology and make valuable contacts in the industry. That can be a big boost to your prospects, whether you have a background in technology at the moment or not.

Cars are expensive, and you can save a lot of money by going without. You can also stay healthy by walking instead of driving. Not every city provides a good environment for that, but San Francisco does. Thanks to its small size, it is the best city in the country for living without a car (just check out its walk score). You can take the money that you save on gas, insurance, and maintenance and use it for investments or improve your quality of life while you build up your career. 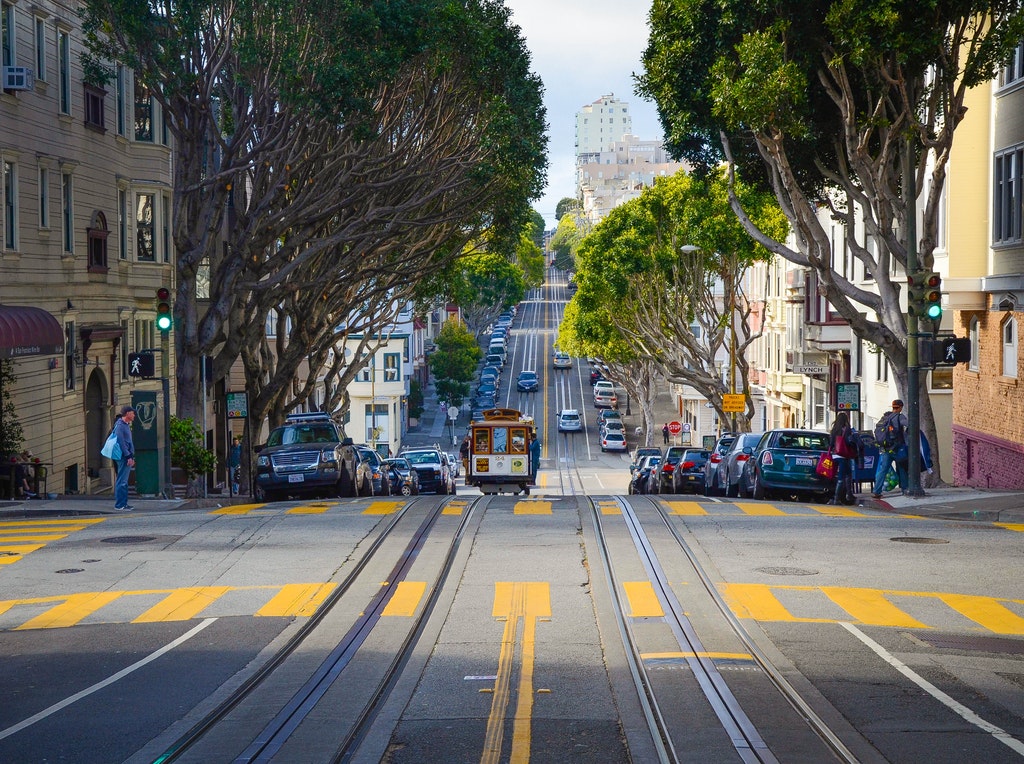 If you do land a job here, don’t forget to ask your prospective employer about a relocation bonus. Though it’s a great place to live and work, San Francisco is an expensive city to call home. Chances are, whether you’re facing a local or interstate move, the moving costs will add up! Local moving company Cheap Movers SF (visit website) says many area employers give generous bonuses to help newcomers offset the cost of relocation. Also, they say to be sure to shop the competition to find the cheapest rates for your move. 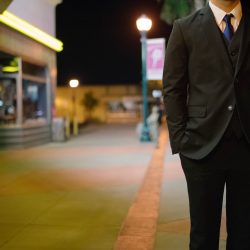 Every career path is different, and that’s something no one tells you as you begin your professional career. You’ve heard that you’ll work your way up from the bottom, that you’re going to expect this at work, that you should expect that in the office, and many people tell you to expect the career you Read more about Career Advice You Should Know But No One Tells You[…] 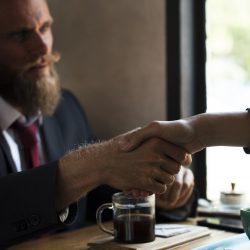 Whether you’re moving to be closer to family or to escape the weather, moving to a new city poses a plethora of challenges. Along with moving your stuff, you must figure out other essentials like finding housing and lining up a new job. If you haven’t been hired before your move, getting a job as soon as possible is probably top priority. Here are some tips for scoring a position fast:

Before you move from one city to another, be prepared for this step. If you’re short on time, consider the benefits of hiring a moving company to handle the move itself. Though it might sound expensive, not having the time needed to job hunt might be pricier in the long run. Let movers deal with the moving logistics while you use the time to send out your resume. Use this website to shop competitive rates from long distance movers.

Also make a plan for getting to know the new city, establishing goals, and seeking application opportunities. Check the local map and search for free positions in your field.

There is the possibility that you should quit your job to move to another city, especially when there’s hundreds of miles between the two locations. However, if you love your current job, think about the opportunity of keeping that job. Ask your employer if there is an option for working from home as a remote employee.

It’s easy to underestimate moving costs, so be conservative when planning your moving budget. Unless you are certain that you will find a job immediately, it is always a good idea to plan at least three months without a paycheck. You may not realize it, but you can easily go broke. And as always: don’t spend money you don’t have.

First off, make sure that your LinkedIn profile is the best reflection of your up-to-date accomplishments. If you haven’t moved yet, set your LinkedIn location to the new city and not your current one. This way, if an employer from your new city does a zip-code search, you may turn up in the search results. If you don’t have a LinkedIn account yet, just create one. 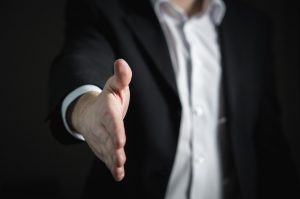 5. Get to Know The Locals

Become a member of local organizations and clubs, even research the local chamber of commerce, because networking is an important tool nowadays. These people tend to know open job places that are not even public. You could reach to them and ask for help in finding a job in your new town.

Target several companies where you see yourself in the future. Start with writing a separate cover letter for every position you are applying to and set a plan. Use your LinkedIn profile to follow the targeted companies and to present yourself to them. Spread your net of contacts by getting in touch with some workers of the targeted companies. Some of them can give you an introduction, help and give you tips for the upper hand on the interviews.

7. Be the Best Version of You

When you have a job interview, do your homework. Start with reading about the job position and the company, try to find some information about their organizational structure and determine if there are some practices. Moreover, after your research about the place where you go, try to find common ground with the interviews. Bring to the minimum the chances to surprise you with some question.

If things are not going as well as expected, you need to find quickly other alternatives. This means that you should have built a network of people with whose help you could easily find a new job. Also, you can have your resume stored online, so it will be faster for you to apply for new jobs. Sometimes, you will just need to adjust and take what you can get.

Is The Resume Extinct? Given how quickly technology and many industries are changing, many job seekers are forgiven for thinking that the old stalwart of job interviews is no longer relevant. But many recruiters and employers say that a resume remains as pertinent to a job application as ever. Your resume remains the best way Read more about 5 Things Employers Want To See On Your Resume[…] 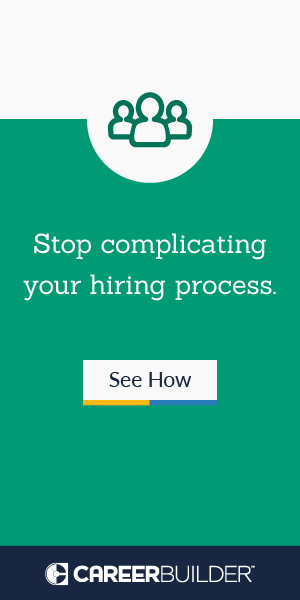 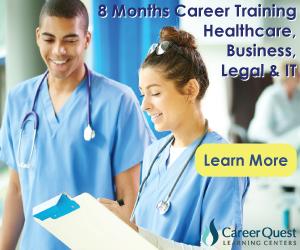